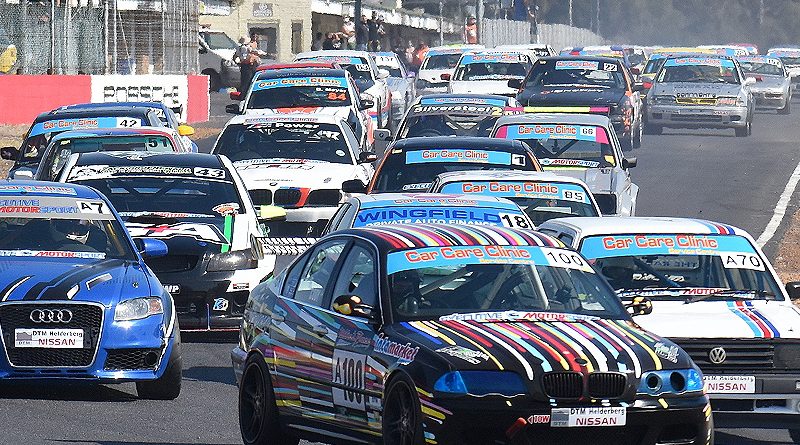 With no less than 48 starters in the headline Mikes Place Clubmans Saloons opener, the stage was set for an eventful day’s racing at the second leg of Power Series Round 1 presented by Wingfield Motors and Kfm 94.5 at Killarney on Saturday 27 February.

And so it proved, with crashes and off-track excursions galore, oil spills and traffic jams – and some epic racing.

Danie van Niekerk in the Wingfield Motors BMW E36 passed Niyaaz Modack’s Class F MIM Carriers BMW E46 M3 on the final lap of the first Clubmans’ race to snatch victory by 0.007sec (seven thousandths of a second!) after an eight-lap battle royal that saw them change places on almost every lap.

Third, five seconds adrift, was Sulaiman Effendi’s nimble little Jimmy Motorsport/MCHD BMW E30, while Alex Johnson in the Executive Decisions Audi A4 got the best of a three-way battle for fourth with Jesse Huggett (Rico Barlow/Philwest Jetta 2L) and Cody Alberts (Stylesy/JVT/GT Graphics BMW E46 330i) that ended in that order with all three covered by less than a second.

Another Class F hotshot, Dylan Nel (Sentraal Bakwerke BMW E36) finished 15th overall, beating everybody in Classes D and E and ahead of all but Swart in Class C.

Melanie Spurr (Car Care Clinic polo 2L) was the top Class E finisher in 25th overall. Such was the mayhem on track, however, that there were only 34 finishers out of 44 starters in Race 2.

The SDC Classic Cars did their new sponsor, the Skills Development Corporation, proud with two action-packed races. Nian du Toit, out for the first time in a Ford Capri Perana, led every lap but the last, under immense pressure Charles Arton’s Datsun 240Z and Franco Donadio in his all-conquering Ford Escort Mk1. Going into Kfm Corner on lap five, however, Arton spun out, rejoining to finish stone last, while Du Toit finished a lap down in 17th.

Neither Arton nor Du Toit started Race 2, gifting Donadio with a 12-second victory ahead of Hitchcock and Honeywill, who fought it out all the way to the line to finish just 0.669sec apart.

Class S rivals Byron Mitchell in the Dolphin Engineering Formula VW and Andrew Rackstraw’s VW Reynard 2L produced a superb dice for the lead in the first Formula Libre race, which ended with Rackstraw in front by less than three seconds. Mitchell, however, was then penalised 30 seconds for jumping the start, which dropped him down to third behind the Dico Reynard 2L of Dee-Jay Booysen.

Two teenage riders making the big step up from the Powersport Motorcycles 300cc Class to the 650cc Class took the fight to the established riders in the bigger category, producing some of the closest, most hard-fought racing yet seen in this highly competitive class.

Some hard work behind the scenes by the riders themselves had produced a near-record 19 starters, setting the stage for two epic races.

Slade van Niekerk, out for the first time on the Project Sixty60 ER650, and short-circuit rival Jason Linaker, making his 650cc Class debut on the RST ER650, got into a five-way battle for the lead in Race 1 with defending 650cc Class champion Trevor Westman (Roxstar Ninja 650), veteran Paul Medell (Kawasaki ER650) and Supermotard hero Franco Flach (Kawasaki ER 6N) that saw them swopping places on almost every corner until Medell’s Kawasaki broke its conrod at the end of the back straight on lap six and he ran off the circuit.

From there on Van Niekerk, Westman, Linaker and Flach went at it even harder, finishing two laps later in that order with less than a second covering all four. Chris ‘the Green Goblin’ Williams’ Trac Mac ER650 brought him home a lonely fifth after it lost power and dropped out of the front pack in the middle stages of the race.

Sixth overall and dominating the 300cc Class was Kewyn Snyman on the brand new Missile Motorcycles ZX400, well ahead of a race-long battle for seventh between David Lindemann (GM Contractors/Fueled Racing R3) and 650cc Class riders Edward Rolstone (Kawasaki ER 6N) and Rob de Vos (Hillbilly ER650) that ended with the talented youngster ahead of Rolstone and de Vos, all three within 0.270sec. Brett Roberts (Kawasaki Ninja 300) finished 10th overall and third in the 300cc Class.

Race 2, sadly without Medell and Williams, delivered another cracker as Van Niekerk, Linaker, Westman and Flach fought it out in every corner, drafted down the straights and carved each other up like a Sunday roast for eight nail-biting laps, finishing in that order with Flach in fourth less than half a second behind the leader.

The South Motorcycle One Hour Superbike Endurance Race was virtually a Haupt family benefit, as Brandon Haupt led almost from lights to flag, riding solo on his 2018 Regional championship-winning Fueled Racing R1. He covered 45 laps in the hour and posted the fastest lap of the race at 1min13.503.

Older brother Bernard and father Peter, meanwhile, finished third on Peter’s brand new 2020 Fueled racing R1M, one lap behind the Mad Macs ZX-10R of Rob Cragg and Donovan Le Coq, the only team to finish on the same lap as the winner after a superb ride by the two SuperMasters riders.

Kewyn Snyman’s Mad Macs Motorcycles ZX10, meanwhile, picked up an electronic gremlin that took all its rider aids offline. Riding purely by the seat of his leathers, Snyman ran second for most of his stint and actually led four laps while Brandon Haupt made his compulsory pit-stop.

But when he handed the ailing bike over to team-mate Brett Roberts, it died altogether in Turn 2 on Roberts’ first lap and their race was over.

Sixth overall and a remarkable third in the Solo Class went to 57-year-old Mitch Robinson on the Hillbilly EBR 1190 RX, which was one of only two V-twins in the race, the other being the Ducati 999 of Garth Livingstone and Wayne Arendse, which finished seventh overall and fourth in Pro Sport, 19 seconds behind the Buell.

Mitchell pulled a more conservative start in Race 2, then chased Rackstraw all the way to the line, finishing just 3.436sec adrift after a nailbiting eight laps. Booysen was third again, well ahead of Troy Dolinschek (Formula Ford Zetec), while the finishing order in the Formula V bunfight was Carr, Somerville, Amundsen, Pentz and Ramsay.

The first V8 Masters start was brought to an abrupt halt by a major pile-up in the first corner that took Richard Schreuder, Brian Evans and Ian Kaplan out of the running. At the restart, however, defending champion Fabio Tafani, Sean Moore, Marcel Angel and Rui Campos got into it in a big way, until Angel got it all wrong on lap two and dropped back, retiring on lap five.

Campos then chased the leading pair all the way; Tafani and Moore finished in that order, half a second apart, with Campos only 1.4 seconds further adrift, while rookie Denis Gaiduk took Silver Class honours in seventh overall.

Angel and Kaplan were back for Race 2, only for Gaiduk to go out on lap two, while early leader Mark Ridgeway, Tafani, Angel and Moore fought it out at the sharp end. Moore ran as high as third in the early stages but eventually dropped back to a distant fifth behind Tafani, Ridgeway and Angel (who finished in that order, covered by less than three seconds) with Barry Ingle a lonely fourth. 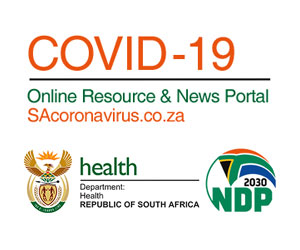